Varkala: Calm Ambience and a Fitting Way to Complete Our India Journey

Popular for its natural fisheries and springs, the temple of Kerala’s saint Sree Narayana Guru, and for it’s total relaxation mindset, Varkala is a coastal town with pristine beaches, hills, lakes, forts, lighthouses, altogether making it a subtle bit of paradise in Kerala.

The overarching theme of our India 2016 Transformative Journey is balance through alternating currents – pairing excitement, adventure, outer exploration, and the hustle and bustle of the modern world with relaxation, tranquility, personal attention and care, inner exploration, and rest. We leave the idyllic Kerala backwaters and spend a week in Varkala, a small hamlet that still harbors a calm ambience, and is devoid of the hustle and bustle that is usually associated with Kerala’s other sun-drenched beaches. Varkala is also a major pilgrimage destination with the presence of the Janardhana Swami Temple, which is over 2,000 years old. Here we’ll experience daily Ayurvedic consultations, massages, herbal treatments, and relax even more!

Varkala is a calm and quiet coastal hamlet that lies on the outskirts of Thiruvananthapuram district, about 51 kilometers (32 miles) north of the city of Thiruvananthapuram (which is where we will be flying out on February 7th). Varkala is home to the 2,000 year old Janardhanaswamy Temple, which stands on the cliffs overlooking the beach, a short distance away. The Sivagiri Mutt, founded by the great Hindu reformer and philosopher Sree Narayana Guru (1856-1928) is also close by. The samadhi or final resting place of the Guru here attracts thousands of devotees every year during the Sivagiri Pilgramage, December 30th to January 1st. Sree Narayana Guru propagated the ideology of “one caste, one god, one religion for man” during a period when society was torn by the taboos of the caste system.

Papanasam beach – about 10 kilometers from Varkala- is renowned for its natural mineral springs which are considered to have medicinal and curative properties. The name Papanasm means “wash away sins,” and a dip in the holy waters at this beach is believed to purge the body of impurities, and the soul of all sins.

One of the key factors that sets Varkala apart from other beaches in Southern Kerala is its magnificent cliffs. Kerala coasts are generally flat, but Varkala sports a unique geological feature called the Varkala Formation, a series of sedimentary formation cliffs that face the Arabian Sea, and provide unsurpassed views of Varkala’s brilliant sunsets.

Varkala is a temple town, and Janardhana Temple is the main event – its technicolor Hindu spectacle sits hovering above Beach Road. It’s closed to non-Hindus, but you may be invited into the temple grounds where there is a huge banyan tree and shrines to Ayyappan, Hanuman, and other Hindu deities.

Janardhanaswamy Temple, which stands on the cliffs overlooking the beach 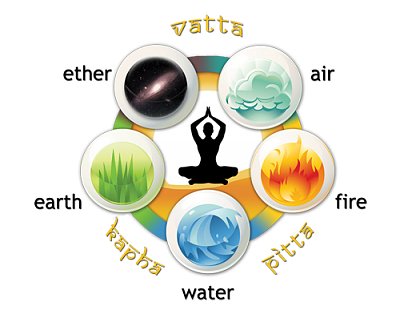 Ayurvedic medicine — also known as Ayurveda — is one of the world’s oldest holistic (whole-body) healing systems. It was developed thousands of years ago in India.

It is based on the belief that health and wellness depend on a delicate balance between the mind, body, and spirit. The primary focus of Ayurvedic medicine is to promote good health, rather than fight disease, but treatments may be recommended for specific health problems.

In the United States, Ayurveda is considered a form of complementary and alternative medicine (CAM).

According to Ayurvedic theory, everything in the universe — living or not — is connected. Good health is achieved when your mind, body, and spirit are in harmony with the universe. A disruption of this harmony can lead to poor health and sickness. For followers of Ayurveda, anything that affects your physical, spiritual, or emotional well-being can cause you to be out of balance with the universe.

How your body works to keep you healthy and your unique physical and psychological characteristics combine to form your body’s constitution, or prakriti. Your prakriti is believed to stay the same for your entire life. However, how you digest food and eliminate waste can influence it.

Every person is made of a combination of five basic elements found in the universe:

These elements combine in the human body to form three life forces or energies, called doshas. They control how your body works. The three doshas are:

Everyone inherits a unique mix of the three doshas. One dosha is usually more dominant. Each dosha controls a different body function. It is believed that your chances of getting sick are linked to the balance of your doshas.

Treatment depends on your unique prakriti, your primary dosha, and the balance between all three of them. A main goal of Ayurvedic medicine is to cleanse your body of undigested food called ama, which can stick to the inside of your body and make you sick. This cleansing process is called panchakarma. It is used to reduce any symptoms and reestablish harmony and balance.

Find out more about our India 2016 Transformative Journey that includes the opportunity for Ayurvedic treatment in Varkala.