Kerala Backwaters: One of National Geographic Traveler’s “Places of a Lifetime”

Alleppey is graceful and greenery-fringed, disappearing into a watery world of villages, punted canoes, toddy shops and, of course, houseboats. Float along and gaze over paddy fields of succulent green, curvaceous rice barges and village life along the banks, as you take in one of Kerala’s most mesmerisingly beautiful and relaxing experiences.

The overarching theme of our India 2016 Transformative Journey is balance through alternating currents – pairing excitement, adventure, outer exploration, and the hustle and bustle of the modern world with relaxation, tranquility, personal attention and care, inner exploration, and rest. We leave the peaceful and unspoiled nature of Dewalokam, and head for Alappuzha (affectionately known as Alleppey) and the Kerala backwaters. Here we’ll take a couple of days to experience this tranquil backwater atmosphere in air-conditioned comfort aboard a converted kettuvallam or traditional houseboat. We’ll voyage past fishermen and pearl divers in the jade-green backwaters of Kerala – a vast labyrinth of channels, islands, and lagoons that parallel the Arabian Sea at the southern tip of India.

About the Great Kerala Backwaters

The great Kerala backwaters are comprised of an intricate network of lakes, canals, estuaries, and deltas of forty-four rivers that drain into the Arabian Sea, and are only a stone’s thrown away from the lush interior of Kerala province: “God’s own country.” Sandbars form a natural dam, cutting Kerala off from the sea, and the waters stretch back for more than 900 kilometers (600 miles). Small villages of pearl divers and coconut workers line the banks of the backwaters, with bales of coarse, brown coir (coconut fiber) piled beside the jetties or weighing down tiny vessels. The calm waters form a highway for fast-moving snakeboats, heavy-laden, square-rigged rice barges (kettuvallam), and tiny reed rafts with patchwork sails, used by the pearl fishers who dive for oysters in the shallow waters. Many of the villagers are Christian — said to be the descendents of those converted by St. Thomas almost 2,000 years ago — and small whitewashed churches stand on many of the islands that dot the backwaters, shaded by tall coconut palms.

Built in the 9th century AD, Alappuzha (still more romantically known as Alleppey) lies on the edge of the great Ashtamudi Lake. It’s the hub of Kerala’s backwaters, and home to a vast network of waterways and more than a thousand houseboats. Wandering around the small but chaotic city center (it is the largest producer of coconut fiber worldwide), with its modest grid of canals, you might debate its moniker as the Venice of the East. But step out of its mini-mayhem – west to the beach or in practically any other direction towards the backwaters – and Alleppey is graceful and greenery-fringed, disappearing into a watery world of villages, punted canoes, toddy shops and, of course, houseboats.

Aerial view of the Kerala backwaters

One of many churches along the Kerala backwaters

The kettuvallam (or “boat with knots”) bears its name as the result of the coir (coconut fiber) ropes tied in knots that hold the entire structure of the boat together. That’s right – not a single nail is used during the entire boat-building process. Kettuvallam are constructed using huge planks of Aanjili (Artocarpus hirsutus), a tropical evergreen tree species that is native to India and prized for its durable timber which is comparable in quality to teak. The planks are joined together with coir, and coated with a black resin made from boiled cashew kernels, making it virtually virtually impervious to water.

Kettuvallam were traditionally used as grain barges for transportation of the rice harvested in the fertile fields alonside the backwaters. Kuttanad, in the Alappuzha district, is regarded as the rice bowl of Kerala, and these cargo boats were used to ship the rice, spices, and other goods to the port in Cochin. As the quality and availability of roads in and around Kerala increase, the use of kettuvallam declined significantly.

Thankfully, the kettuvallam has made a resurgence as a full-fledged houseboat, perfect for taking tourists on a slow, leisurely journey through backwater country. Complete with many Western amenities, these houseboats have become floating cottages that include sleeping quarters, kitchen, dining, living and outdoor sitting areas. Food is cooked on board in typical Keralan style, and the slow speed allows for smooth travel and lots of time for relaxing and enjoying the scenery. 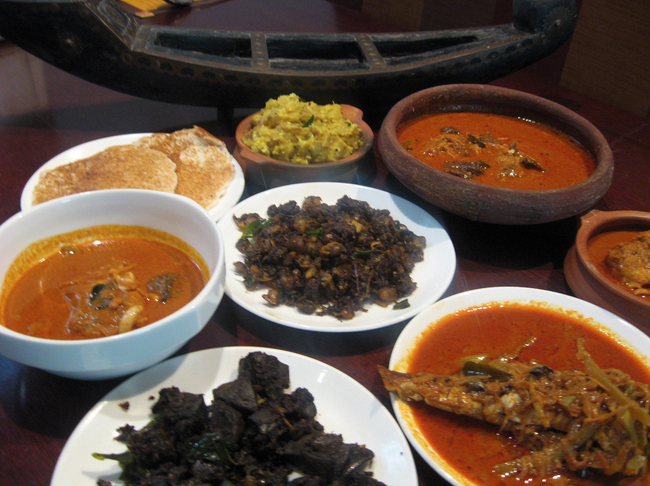 While your eyes feast on the endless expanse of water, your taste buds won’t be ignored either. Keralan cuisine is enriched with exotic tropical fruits, vegetables, cereals, fish and chicken garnished with the distinctive aroma of pepper, cardamom, chillies, and cloves-spices. 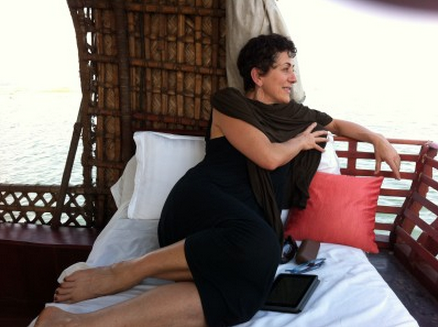 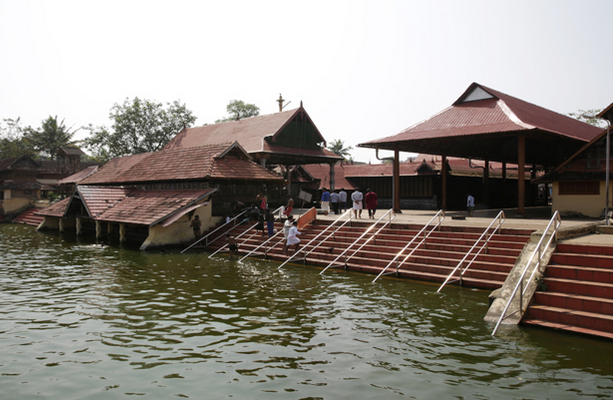 Built in the typical Kerala architectural style, Ambalappuzha Sree Krishna Temple is famous all over India for the Palpayasam, a daily offering of deliciously sweet milk porridge. It is also in this temple that Pallipana is performed by Velans (sorcerers), once in every twelve years.

Find out more about our India 2016 Transformative Journey that includes the Kerala backwaters.